Solange Knowles is one of the few artists out right now that are representing “Houston” the most in the musical game (don’t @ me). Just like Travis Scott, ( who lives in Los Angeles), she doesn’t exactly live in the city that the National Aeronautics and Space Administration (NASA) proclaim to be home. Even though she spends most of her time in New Orleans out of the limelight, something that’s apparent in When I Get Home belts HOUSTON! at the highest volume known to man.

One of the most Avant-garde but jubilant combinations included on When I Get is Solange’s collaboration with fellow edgy and free-spirited artists, Carti and The-Dream. Solange’s nod to sipping on that barre “drank” is purposely convoluted to provoke new “pantomime” takes within vintage Houston traditions.

The-Dream has a solo on the refrain of the song and Carti is fortunate enough to share a verse with the soul goddess. To be quite frank,” Almeda” runs its course like one circuitous syrupy and succulent refrain, which is precisely how and why Solange found her “candy-coated” touch on A Seat at the Table, in her last work of art. Go on and give this unique song and album a listen if you haven’t done so. You won’t regret the velvety candor!

For the lack on ’em 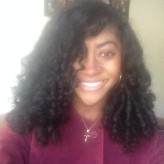