The hunger in his delivery is apparent throughout the album. The first track “Victory Lap” (feat. Stacey Barthe) introduces the listeners to what is to come. His choice of musical instruments used in the production of the song set the tone and energy. When I heard it my ears’ sonics understood they were in for a hell-of-a-ride, filled with depth in meaning; something most hip-hop beats refuse to bring to the table these days.

The second track on the album “Rap N****s” maintained an uptempo beat; sure to have its listeners on edge and listening to grasp as much knowledge from his lyrics as they can. The use of bass drums and snare drums played perfectly with captivating the ears of his listeners.

I believe he chose the production of the first two tracks because they are the attention-grabbers: they entice the listeners to want to hear more of what he has to say. They paved the way for him to introduce his style of rapping- “Last Time That I Checc’d (feat. YG).” He grabbed YG because he’s a west coast native and all his sound mirrors the west coast style. Who better to assist in introducing the west coast sound better than YG, the artist with a heavy artillery under his belt.

Me and @YG ain’t miss on a record yet. #VictoryLap The Album In Stores NOW!!! Link n Bio 🏁

I’ve always known of Nipsey and his contributions to the rap culture, but I never studied deep into him as a person until a few months ago, when he had a Twitter altercation with some tv personality. Since then, my respect for him and his craft skyrocketed. And with my new found respect for Nipsey, I was more able to realize the greatness in his fourth track “Young N***a (feat. Puff Daddy).” The message I took from the song was not to let people’s devaluing of your work affect your work ethic because when you arrive at your “successful destination” they will swear you’ve been great. He brought Puff onboard to better paint the picture because we’re all aware of Puff Daddy’s huge success inside and outside of rap, and like all successful folk, there were doubters (haters) that discredited his work during his journey. For Nipsey to be at the same table politicking with the likes of Puff only means that he graduated from a “Young N***a” to a success story.

My favorite on this body of work is “Dedication (feat. Kendrick Lamar), and here’s why. When Nipsey said, “How long should I stay dedicated, how long can opportunity meet preparation; I need some real ni**a reparations before I run up in your bank for recreation…” I felt that on a personal level. If you’re a Black face in America, then you know our history and know that America owes us lots and lots and lots. I suggest you learn your American history if that bar went over your head. “The summer of my sacrifice, I’m done waiting,” he’s affirming Victory Lap. Kendrick comes on to add his energy, which mixed with Nipsey’s to create a hunger-filled, tiredness mood. The hunger represents aspiring for more and actually acquiring it, and tiredness in the sense of always accepting less than you work for; settling for what’s given to you instead of taking what you’ve earned and deserve.

“I spent my whole life tryna make it, tryna chase it; the cycle of a Black man…” Kendrick nailed it. As a Black man in America, that bar spoke to my soul.Our lives are predetermined by our environment, and only a few go against the grain and succeed. Nipsey chose Kendrick for this particular track because he is known to be controversial in his rhymes. They fed off each other’s energies to create “Dedication,” the song every aspirer, dreamer, and especially, African Americans should listen to. There are jewels from Wakanda embedded in that one song.

Track #12 “Million While You Young (feat. The Dream) is self-explanatory. Having grown up in a household with both parents where my mother was my only support system, this song is to me and probably millions of others, is that conversation we’ve been dying to have with our absent fathers. Success is attainable only if you believe in yourself and work hard towards it.

He closes out the album with “Right Hand 2 God.” And I think it was done intentionally because from the first track up until the fifteenth is his life struggles and experiences and he’s always in remembrance to God because he believes without him, there would be no Victory Lap. 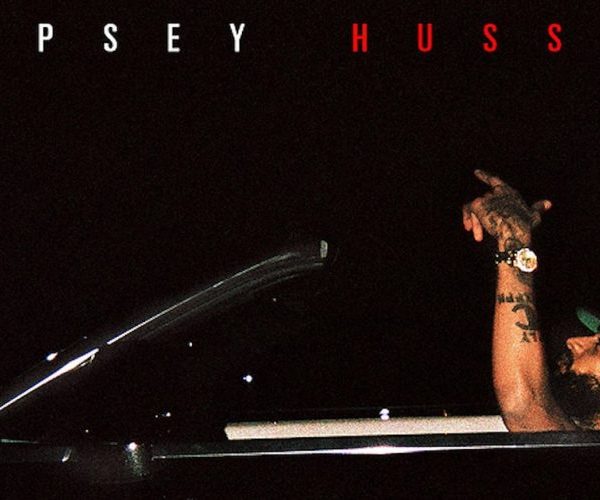 Victory Lap gets an A for motivation. His lyricism was straight to the point without the play on words most artists focus on. Although he’s a successful rapper that’s well known and respected in the hip-hop industry, his delivery resembled that of a hungry poor man. I believe his hunger is a reflection of his continuous love for the rap game; something a lot of artists lose sight of once they get a taste of the “rapper lifestyle.”

0 0 0 0 0
Previous ArticleSophia Hyacinthe: Stylist By Day DJ By Night
Next ArticleTyler Cole Is The Spontaneous Raw Talent You Need To Get Familiar With
Comments (4)