The highly anticipated collection between luxury brand Louis Vuitton and street wear company Supreme has come to a halt. Louis Vuitton has confirmed that the collaboration “ will no longer be sold in stores or online.” The Louis VuittonxSupreme collection released date was June 14th in select stores. 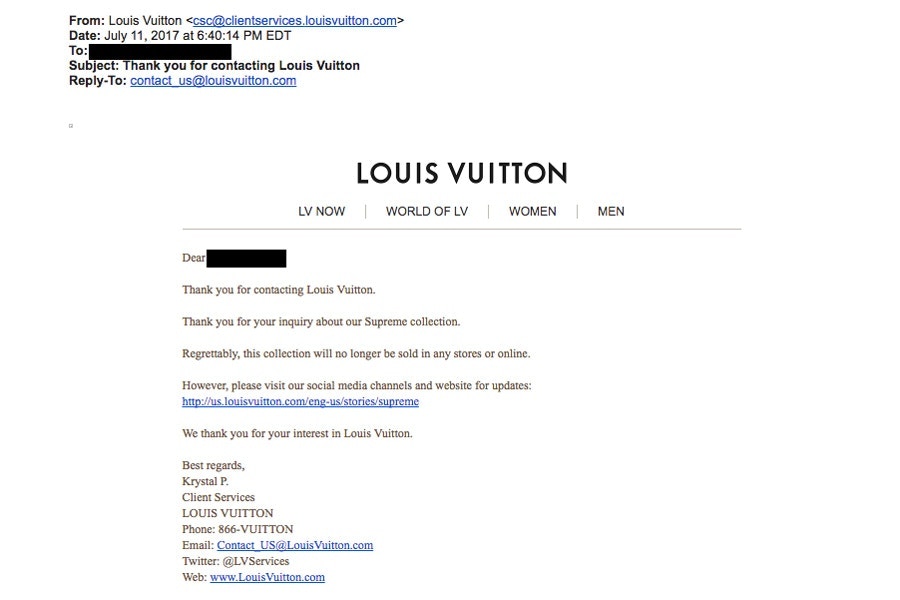 Is the cancelation due to the brands avoiding chaos at the U.S. pop-up locations?

Manhattan’s Community Board did deny Supreme’s planned location on Bond Street. Due to the clothing brand’s previous releases that caused disruption and chaos in New York City.

Or is it due to the sold out Louis VuittonxSupreme products?

According to GQ Magazine, Louis Vuitton client services at the brand’s Dallas, Texas, and San Francisco locations each stated; the collection is not cancelled, but it will not be arriving by the 14th as previously suggested.