Why Sampling Has Become Essential in Music

Why has sampling become so popular?

A whole genre was born from the beauty that is sampling. Through the years of musical development, the idea of sampling has left its mark in all stages as artists take their chance at some of the most iconic songs and reiterate it with their own feel. It used to be about nostalgia, remembering hearing the track before. But now sampling has become essential in all genres. Most times the sample is so intricate that it becomes almost unnoticeable.

Today’s music is infused with sounds we can’t seem to forget. Yet, they are ironically what keeps us coming back to the song. Producers/Mixers have found ways to distort samples to the point where you no longer recognize the original; the psychology of music allows you to remember though. Kind of like the first time you heard “Loyalty” off Kendrick Lamar’s DAMN. Twitter quickly ran into a frenzy to find out if Bruno Mars’ 24K Magic was sampled (spoiler, it is).

Artists have become so complex in the bulk of their concepts that they have begun to use moments in history as samples. Or even simple sounds like the echoes of a Baroque Opera singer, or even the famous line “Lions and Tigers and Bears,” that can turn one complete story into something absolutely different.

Sampling, at the end of the day, is about bringing a sense of familiarity. It can be about nostalgia, but it is also about showcasing your artistry and what concept you stand for. If you sample a more recent sound/song, it showcases that the artists keep up with current events. If they sample Michael Jackson’s “Off The Wall,” it lets us know that they are studying the works of the greats while paying homage. Because sampling brings that feeling of familiarity, it brings audiences together in times of remembrance. 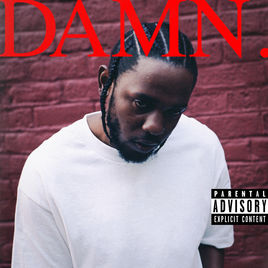 Sampling has become a staple on the Billboard charts and to more than just Hip-Hop. It can be about the sound that derives from just one place. That one place will resonate with what they are listening to. Resonance has been the wave for many inner city trends throughout music’s development. You can always create a new beat or produce something out of this world. But altering sounds that you’ve heard before develops sonics for musicality.

0 0 0 0 0
Previous ArticleSiR Shows Charisma and Vulnerability on His Absolutely Stellar TDE Debut 'November'
Next ArticleEveryone Who Should be Taking Home a Grammy This Year ?
Comments (0)