Philadelphia model-turned-rapper Chynna Rogers died on April 8th at the age of 25. The cause of death has been revealed as an accidental overdose. Her manager confirmed the news to various outlets.

“Chynna was deeply loved and will be sorely missed,” the rapper’s family said in a statement to people magazine.

Rogers’, whose stage name was “Chynna,”

Was behind hit songs such as “Glen Coco” and “Selfie.”

Before becoming a rapper, the Philadelphia native began her career as a successful model. She entered the fashion industry at the age of 14 after being discovered at a Six Flags Great Adventures amusement park in New Jersey. After being signed by Ford Models, Rogers jetsetted off to New York City where she walked down runways showcasing her petite frame and unique face, and shot print ads for DKNY.

She decided to put her passion more into music telling Pitchfork “I’d rather be known for my brains…. because eventually I won’t look like this, and I had nothing to do with looking like this.”

Rogers later teamed up with the late A$AP Yams who encouraged her to pursue a career as a rapper which led her to release her first big hit “Selfie.”

Rogers’ music was extremely raw and transparent. The rapper was very candid about her struggles with addiction over the years. Her last EP “In Case I Die First” was released just 4 months before her untimely passing.

Fans, friends, and artists such as Kehlani, Tierra Whack, Ryan Destiny etc. took to social media to express their love for a star gone way too soon. 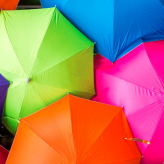 0 0 0 0 0
Previous Article8 Emerging Female R&B Artists To Keep An Eye On In 2020
Next ArticleCiara and Russell Wilson Reveal Sex of Baby No. 3!
Comments (0)