From Teyana Taylor to Sean Paul: All the Music Videos You Should Be Watching this Week

Dancehall king Sean Paul & J Blavin have teamed up once more, with the release of their single, ‘Contra La Pared.’ The two revealed the official video just the day after the single dropped. The music video shows the two at a desert, dressed in winter attire, but having the time of their lives.

Only three days in and rising star Goody already received over one thousand views on YouTube for his latest video ‘KKK (Kings Killing Kings).’ Shot by Toinne (@lvtrtoinne), Goody is determined to spit his truth, while sharing his values and his story. His ability to take viewers across different parts of the neighborhood, represent his way of staying true to his craft and lyrics.

After much anticipation, Teyana Taylor has finally released the video to ‘Issues/Hold On,’ the third track off her debut project K.T.S.E. The visual features cameos from Tyler the Creator, A$AP Ferg, Lori Harvey, and Kristen Crawley. A$AP Rocky, who plays Taylor’s love interest also makes an appearance in the 70’s themed video.

Just shortly after his return to music, in three years, ScHoolBoy Q surprises fans with a short video to his latest single, “Numb Numb Juice.” The star of the video, Tyler the Creator, is seen recreating a scene from ‘Belly’ (a Hype Williams’ 1998 film). Watch the video above and let us know what you think!

As fans patiently wait for the release of sophomore album, Khalid drops the visual to self-produced single “Talk.” In the video, the singer/songwriter features dancers on a vintage video set with multicolored backdrops. There’s a bit choreography going on, but we promise it’s cute and worth watching!

Earlier this week, Grammy award-winning artist Elle Varner, shared the latest visual to “Pour Me” featuring Wale. The songstress is seen straddling a table — posted up with a yellow snake as Wale present his verse. “Pour Me” will indeed appear on her upcoming album this spring.

After the release of his latest project ‘Rap or Go to the League,’ 2 Chainz, dropped the music video for “Rule the World’ featuring Ariana Grande. Directed by Sebastian Sdaigui, the two artists are seen performing at a local jazz club in Los Angeles. The joint track features Ariana singing while 2 Chainz does what he does best, spits bars. 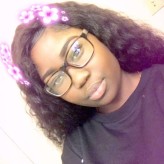