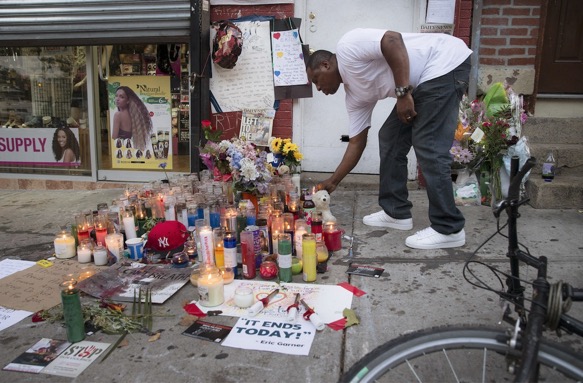 It’s a year after Eric Garner’s Death shook New York City’s core and his family still hasn’t received the rightful justice. On July 17th, Eric Garner was arrested in Staten Island for selling “loosies” (single cigarettes) with out tax stamps. A Jury of New Yorkers decided not to indict the police officer, who held Eric Garner in a choke hold ultimately killing him in the process.  This mini documentary takes you into the life of Eric Garner’s family, centered around his oldest daughter after his tragic death by the hands of a NYC Police Officer, Daniel Pantaleo, who unjustly held Eric Garner in a choke hold.

0 0 0 0 0
Previous ArticleHow to Use the Summer to Find Your Winter Squeeze
Next ArticleDon't Blame Yourself for Being Broke, Blame your Parents!
Comments (1)