This Wednesday, June 20th, President Trump signed an Executive Order to end the practice of forcibly separating children from their families at the Mexican border.

The Executive Order, surely a response to a growing national and global unrest at practice, is hopefully a step in the right direction for U.S immigration policy. The nation and the world will surely continue to watch closely at how this administration deals with what some are hailing a human rights crisis.

Earlier this year Trump’s Attorney General, Jeff Sessions, announced that parents and children attempting to cross the Mexican Border illegally would be separated. Session’s Zero Tolerance policy claimed to be an attempt to prevent child smuggling across the border; this has proved to not be the case.

The implications of this policy have, in the last two weeks, emerged to the forefront of the national discussion. Coupled with photos of horrid detention centers, tragic tales, and video clips exposing children in cages. The world has watched as Americans handle a delicate and volatile human rights situation.

The situation continued to escalate when over a 1000 children were reported missing by Senators at a sub-committee meeting earlier this year. Session’s Zero Tolerance Policy was reportedly not responsible for many of these missing children.  The story, however; continued to pick up steam, further contributing to the nation’s angst about the separation of children from their parents at the Mexican border. 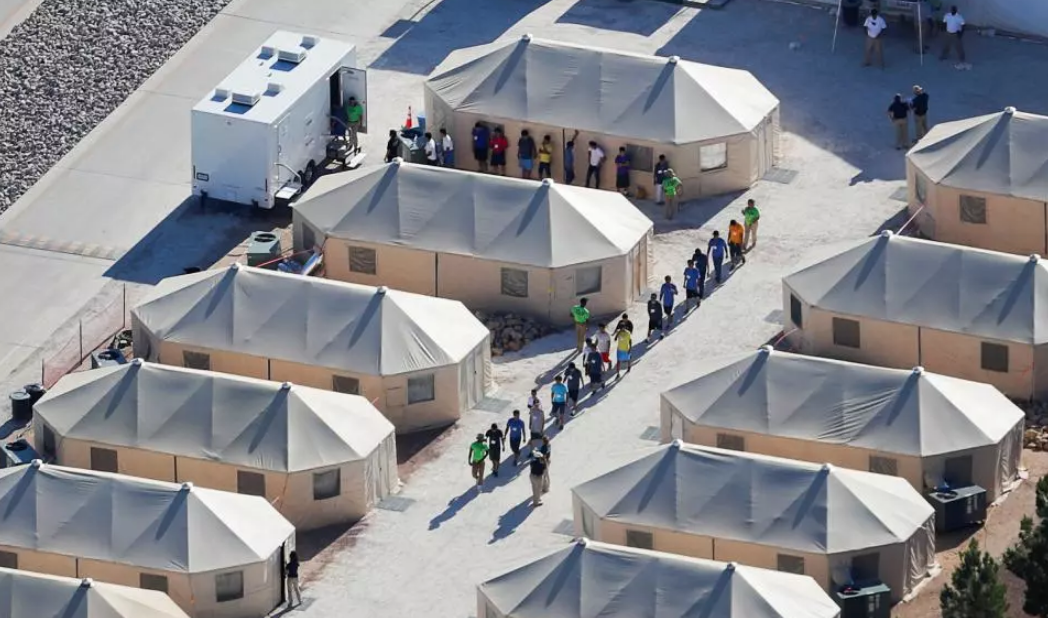 This Wednesday the pressure of public indignation caused President Trump to cave on the policy. It culminated in a signed executive order which states that families could no longer be separated at the border. While the order minimizes the possibility of separation families will be still be detained. The order came as both a shallow relief and surprise as the President claimed previously that allowing families to be detained together could not be done through executive order.

On this very same Wednesday the United States of America’s Ambassador to the U.N, Nikki Haley, and U.S Secretary of State, Mike Pompeo, announced the U.S was withdrawing from the Human Rights Council (HRC). This move adds more fuel to the blazing inferno that the Zero Tolerance policy has become because HRC members are required to maintain the highest level of Human Rights.

Although the goal of the original Zero Tolerance policy was to deter families from crossing through fear of separation, Sessions may have completely missed the mark as many of the families are doing so out of necessity. It is unlikely that droves of families would go through grueling conditions , risking death or sickness, to cross the border were it not for perilous conditions in their home country. The Zero Tolerance Policy is a black and white approach to situations that can fall in any range of the shades.

While Trump has signed an Executive order preventing family separation it is clear that this was a more of a reaction to public unrest than a deep desire to be a compassionate and empathetic person. His tweets and his administration’s public discourse on the topic demonstrate a callous approach to immigrants fleeing an unstable environment created partly due to United States involvement in their respective country’s politics. Trump’s tweets late Sunday morning this June 24th drive home this lack of empathy. 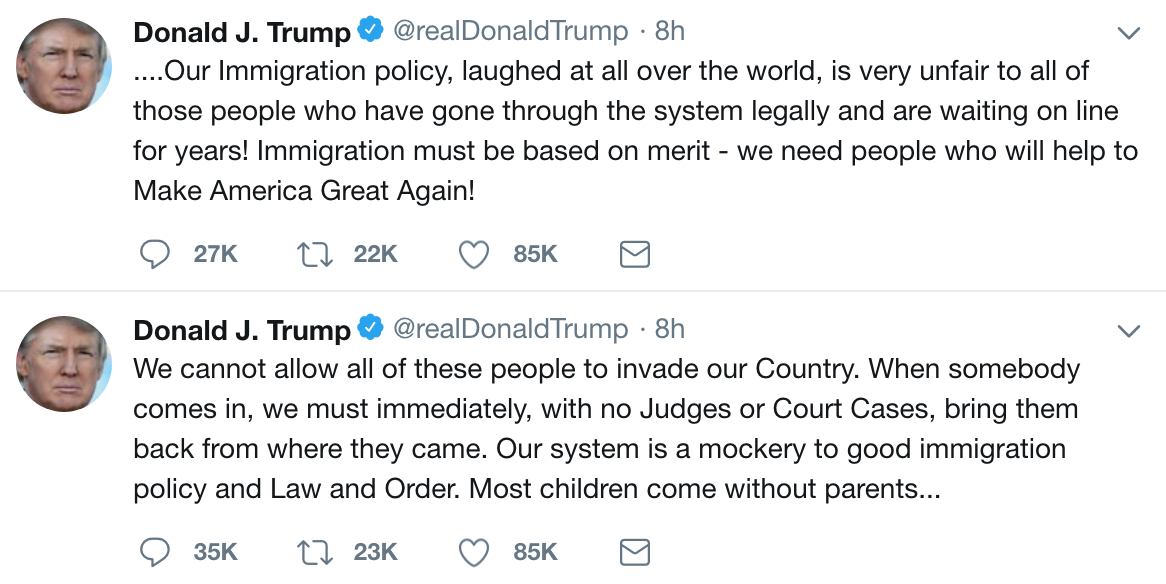 The debate continues to rage about the rights of the detained, the quality of detention centers, and the humanity of this administration. While we should be focused on helping the families reunite, we need to examine what started their flight in the first place.

How could a neighboring nation’s quality of life deteriorate to the extent that families would risk their lives to escape? Most importantly what can we do as global citizens to prevent atrocities that would lead families to flee their homes in the first place? Let us know in the comments below.

0 0 0 0 0
Previous ArticleDo Blacks & Hispanics Underachieve Relative to Asians?
Next Article'Families Belong Together' Nationwide Protests Will Be Held on June 30
Comments (0)