Freudian isn’t just a random word in the dictionary. The word has a strong connection to sex and psychological desire. The word derives from celebrated neurologist Sigmund Freud, an individual who studied and brought forth new understandings of many aspects of sexuality and what makes it such a powerful force. Toronto singer Daniel Caesar may have a conceptual understanding of the subtleties of love of his own. During mid-August, Caesar had a sit-down interview with host Ebro Darden on his syndicated Beats 1 radio show on Apple Music where explained the how his debut album, Freudian, came into existence. He talked about how the album is the product of the most intense relationship of his life. The album itself shows this. It isn’t solely a culmination of ditsy, aimless love songs. Just like an actual relationship, Freudian showcases the delicacies and sufferings of the highs and lows of love. This album travels a nonlinear road through the areas of romance, doubt, acceptance, and moving on. After a few years of being featured in major publications as a diamond in the rough, Daniel Caesar is finally ready to shine alone and shine well.

In recent years, singers have taken a more emotionally intellectual approach to love rather than the somewhat clichéd songs about sex and lust. Songs aren’t drowned in normality anymore and branch further pass love through the medium of sexual favors. Nowadays, a Frank Ocean song may contain more wit and cultural relevance than a Chris Brown song, even if the Chris Brown song is on the radio. As substantial ideas in rap music begin to deteriorate, clever lyrics and concepts are appearing in neo-soul and R&B. Just like a lot of gifted singers, Daniel Caesar took a deeper dive into emotional vulnerability and the results show his capability and prowess. Freudian is an exquisite album that strives on its polished production and Caesar’s always dependable vocal talent.

The intro track, “Get You,” is a song that introduced Daniel Caesar to most of the world by being the single that placed him on the Billboard charts. The Kali Uchis assisted track is audio bliss with sultry high notes that will leave listeners longing for a night of lust. The album sparks true interest with the following track, “Best Part.” Caesar and H.E.R. sing of the gorgeous simplicities that only perspire from love. It sounds like love in its early stages when all you have to worry is being affectionate towards your partner. “You’re my water when I’m stuck in the desert/You’re the Tylenol I take when my head hurts.” You can tell as Caesar sings these words that it’s easy for him to cherish his lover and admit how much he desires her. Caesar reveals his egotistical side on “Hold Me Down.” He projects the notion that the girl needs him and he knows that she thinks he’s better than other guys. He believes that she is his but does not want to admit. This adheres to the concept of reassurance. It’s not that Caesar wants to force her love, he most likely just needs a reason to stop second guessing himself as his mind and emotions are fragile and can’t stop pondering whether love is even existent.

Of course, Caesar’s efforts do not come without mistakes. Every man who wants to be perfect suffers from being human. The album takes its first sharp turn on “Neu Rose (Transgressor’s Song.” The captivating opening line “Should’ve left you a long time ago/All my niggas done told me so,” sets a mood that was unfamiliar to the before it. It would seem like his partner has been secretive with her actions and Caesar is the last one to know, but in actuality, Caesar was the one to make a huge mistake despite the fact that his friends told him to leave the relationship before he messed up. The following track, “Loose,” pairs nicely. Here Caesar advises himself and his listeners to let their partners go when the relationship is drastically deteriorating. No good can be manifested from dark places, so it would only be healthy to separate and walk away.

Other than “Get You,” only two singles were released for promotion of the album. The first of two is “We Find Love.” It’s interesting to believe that love is something you find rather than create. Every couple’s experience with love is not the same, so it’s understandable that love would be something you would have to maintain and not lose. This is Caesar’s idea of love. Losing love is just like a hard fall. After that, you get up, find love again, and so on. The second single was “Blessed,” a song that gives gracious thanks to his partner for helping him with his problems, often sharing them in the progress. The song features a precious piano that is perfect for the endearing lyrics. The crucial line “Yes I’m a mess but I’m blessed to be stuck with you,” is the central statement that shows the delicacy of loyalty. People don’t have to be there for you even when you are in your most desperate hour. Caesar is thankful for not only his lover but the people who help him in general, which is what the easiest form of love is all about.

The closer track, “Freudian,” is by far the longest listen, but it’s also where Caesar has the most to say. He finds himself again thanking his lover for the experience. Even though there were troubles, it was all worth it in the end. In the middle of the song, there is a skit of some sort. It features a high pitched speech performed by Sean Leon who also had additional vocals on the outro. The skit strikes an obvious resemblance to the monologue on “Futura Free,” the closer on Frank Ocean’s Blonde. It may have been done on purpose as an ode to the symbolic figure, but it is uncertain. Beyond the short monologue on “Freudian,” Caesar ends the album by telling us how he wants to avoid pain from love at all costs. He doesn’t want to bear the consequences, but it’s evident that he loves the benefits.

Freudian is an impressive listen with wonderful lyrics and instrumentation. Caesar doesn’t miss a beat when it comes to vocal performance. It’s a relatively short album that only reaches past 40 minutes thanks to the 10 minute outro track. Syd, Kali Uchis, H.E.R., and Charlotte Day Wilson lend their beautiful voices to the album as well. Daniel Caesar’s debut was great enough to keep fans satisfied for a while. 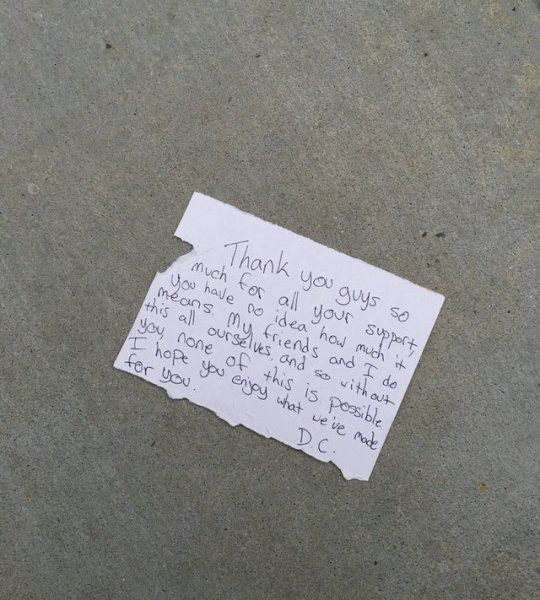 0 0 0 0 0
Previous ArticleKelly Rowland and Syd Have a Collaboration In The Works ??
Next ArticleSolange is Set to Direct SZA's "The Weekend"
Comments (0)